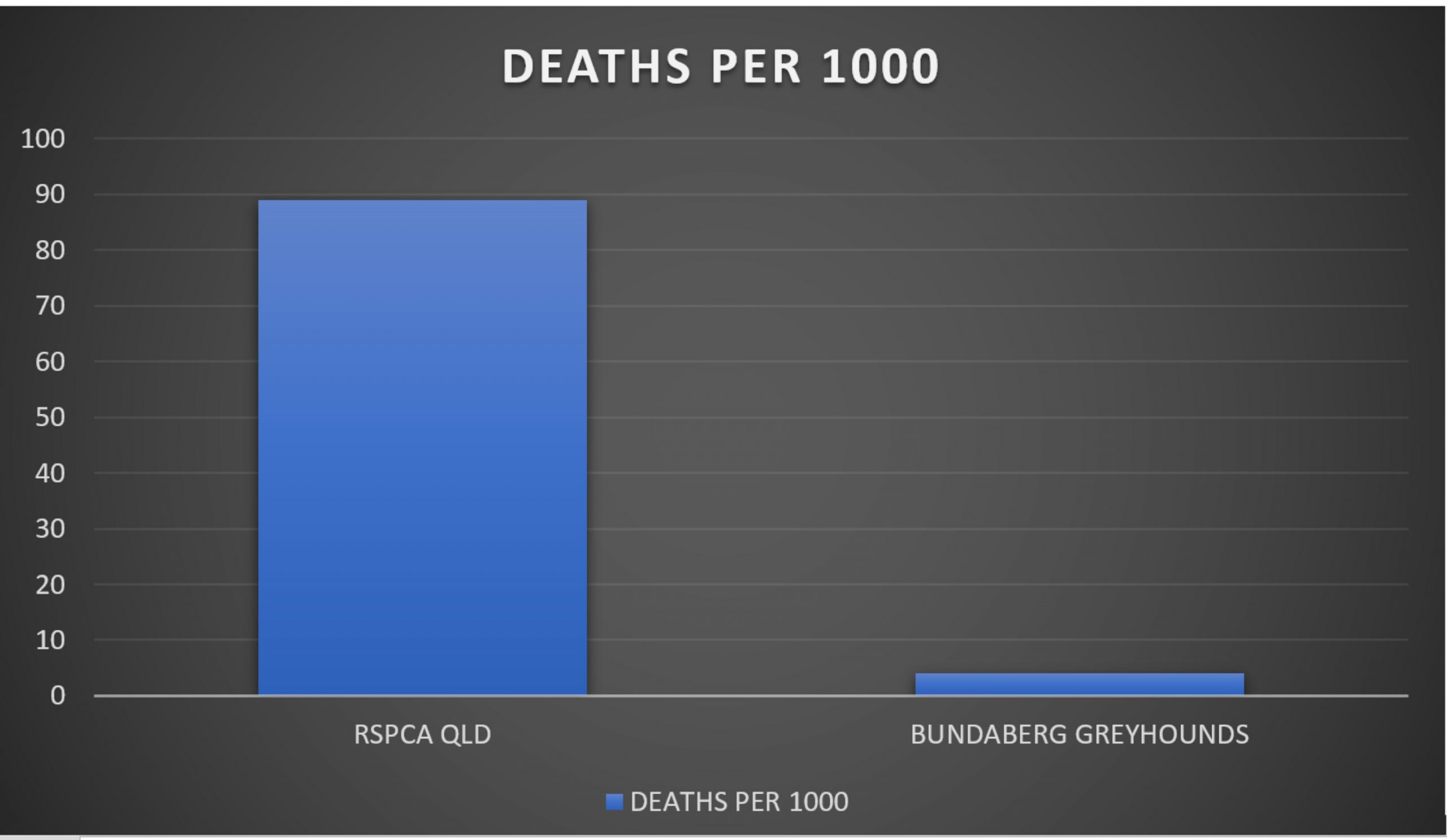 The Coalition for the Protection of Greyhounds has renewed calls for a ban on greyhound racing after two more deaths on Bundaberg tracks. According to a recent stewards‘ report, two-year-old Mum’s the One and veteran dog Armby’s Dream were both euthanised by the on-track vet on November 1.

Mum’s the One, aged two, had collided with other dogs and suffered a broken leg, while Armby’s Dream, who has run 109 races and amassed $78,610 in prize money, broke its hind leg.

The Coalition for the Protection of Greyhounds says the latest deaths make Bundaberg’s greyhound track the second deadliest in the nation.

Four greyhounds have been killed on the Bundaberg track this year, with 172 injured.

The Coalition for the Protection of Greyhounds (TCFTPOG) are a joke.

Their spokesperson Andrea Pollard, who lives in Perth in Western Australia, identifies herself as the Divisional Manager.

Ms Pollard can call herself whatever she likes, but the simple fact is that most managers are both paid employees of an organisation, and have staff to manage. She has neither.

TCFTPOG has no employees, not even Andrea Pollard.

It’s annual revenue is $500, raised from the sale of unidentified goods and services.

The organisation estimates that it has a volunteer workforce of 15.

There is no way of checking that their estimates are correct, but it is more likely than not that 15 is the total size of TCFTPOG’s national membership.

These 15 people may be well intentioned – maybe – but their target is wide and their aim is poor.

Approximately 4000 greyhounds raced at Bundaberg meetings over the past 12 months.

Four of them died.

Each of the four were humanely euthanised to spare them from present and ongoing pain, and crippling disability.

Each of the greyhound’s owners were in tears when their dogs were put down.

Greyhound people love their animals, and many feed them before themselves.

They are not monsters, they are good people.

My family are some of them.

The Royal Society For the Protection of Animals (RSPCA) is the leading animal welfare organisation in Australia.

As the name suggests, the RSPCA’s stated mission is to protect animals.

For reasons soon to become clear, the Queensland Branch of the RSPCA stopped publishing the full details of its activities via Annual Reports in 2018/19.

It now publishes an Annual Impact Report, which is a sanitised celebration of the organisation’s achievements.

The former Annual Reports detailed the number of animals euthanised by the RSPCE each year.

There is a reason for this.

1 228 of these innocent animals were murdered, or should I say euthanised or put down.

Not many, if any, of these animals were injured.

They were not put down because they were injured or in pain.

Their deaths were for purely economic reasons.

They died so that the RSPCA could have room in its kennels to bring more dogs in to kill.

The RSPCA receives $58 million a year to protect animals.

It doesn’t do a very good job. 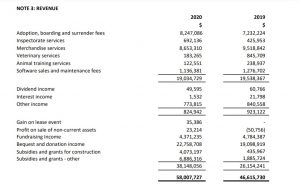 The Coalition For the Protection of Greyhounds promotes pet ownership.

It says nothing about the serial murder of unwanted dogs by the RSPCA organisation that is supposed to protect them.

Yet it shouts from the rooftops about sad passing of 4 greyhounds whose owners loved them dearly, and only agreed to the vets recommendation to put them down because they didn’t want to see the dogs they regard as part of their families suffer.

Who are the real bad guys here?