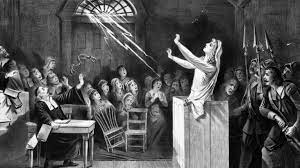 And so it ended. Not with a bang, but a gentle collapse, in the way burning campfire logs eventually fall in on themselves before being reduced to ash.

So it went, until close to midday when David, after four days of final submissions, brought the defence case to a close. “While there are sadly no answers to what happened to Lyn Dawson, the evidence does not support that Chris Dawson killed her,” she said. “The only verdict is a not guilty verdict.

“As the court pleases.”

Condon again, on the last words of the defence

As the court pleases.

The future of the Teacher who is alleged to have killed his wife so he could be with the Pet relies on those four words.

How true they are, yet how inaccurate they be.

No-one has gained any pleasure from this case, other than the cast of millions who whose lives it does not affect, the listeners of the The Teacher’s Pet podcasts, who have fallen for it’s author Hedley Thomas’s narrative, and with no knowledge of any matter outside that of which they have been told, would readily don a white cloak and mask to storm the prison if Chris Dawson was in one, and hang him swinging in the wind from a tree.

A lawless town run by witch doctors carrying a press card, who point bones shaped as pens at their subjects, and sentence them to low, slow journeys from the courtroom unto the grave, locked behind steel doors to wither away to nothingness, until the lynch mob comes.

Well I have some bad news for the men who wanted to restore the empire of Salem.

Chris Dawson isn’t going anywhere, except home to the beach and the surf and the sand, an innocent man baking in the sunshine, a witch who never was, finally free after all this time.

I don’t know what happened to poor to Lyn Dawson, because like you, and the prosecutor, and the defence lawyers, and the judge, and the police, and the bone pointing media men, I wasn’t there.

Only one man in the world knows, or he will tell us if he does anyway.

Justice Ian Harrison, the last man standing between the mobs who would throw a witch weighted down with stones into deep water, then declare them innocent if they drowned, and burn them at the stake as heretics if they survived.

One man against two worlds colliding, as it was and once used to be.

I thought – we all thought – that the days of Salem of yore were long  gone, disappeared into the mess of ego and hatred and just plain raving madness that drove the town into a place where if you didn’t share the mob’s crazed morals, torture and painful death were your only friend, and the last person you would ever smell and see as you sunk through the dark, swirling waters of the river, disappearing forever like Lyn Dawson, a ghost for ever more.

Did Chris Dawson weigh his down with rocks?

Half of Australia divorces for various reasons. It’s not pleasant, but it’s life.

Once weighted, did he pick Lyn up toss her into the water?

That’s for Judge Harrison to decide.

All I can tell you is this.

Men who are about to be sent to the gallows in speedy decisions don’t have their bail conditions extended, and their reporting obligations cut by 2/3rds.

The Crown has failed to prove its case.

It never could prove it, because there was never anything to it except fear and loathing and witch haters with pods in their ears under their weird, pillow case fashioned pointy white hats.

But the gallows that the white gown wearers erected still stand, waiting for new witches to stride the rostrum, and have the noose slung around their necks.

It is the mainstream media’s turn next.

They have turned mob into starving masses, yearning for blood and desperate for feed.

It’s coming, in a whole lot different way than they believed.

It was ugly place back then Salem.

It still is, and will always be.

The discussion turned to Dawson’s bail conditions. And it was then, after dozens of witnesses and thousands of pages of transcript in a trial that edged into a tenth week, that reality hit.

Dawson was facing a charge of murder, and it was easy to overlook that beyond the orbit of the court he was subject to an order to report to police every Monday, Wednesday and Friday. He was not permitted to travel beyond a set kilometre radius from his residence.

Harrison relaxed Dawson’s reporting conditions to every Friday and said he would come to judgment soon. “Not by tomorrow, I can assure you, but relatively quickly.

Matthew Condon, who was never a Salem man, over and out