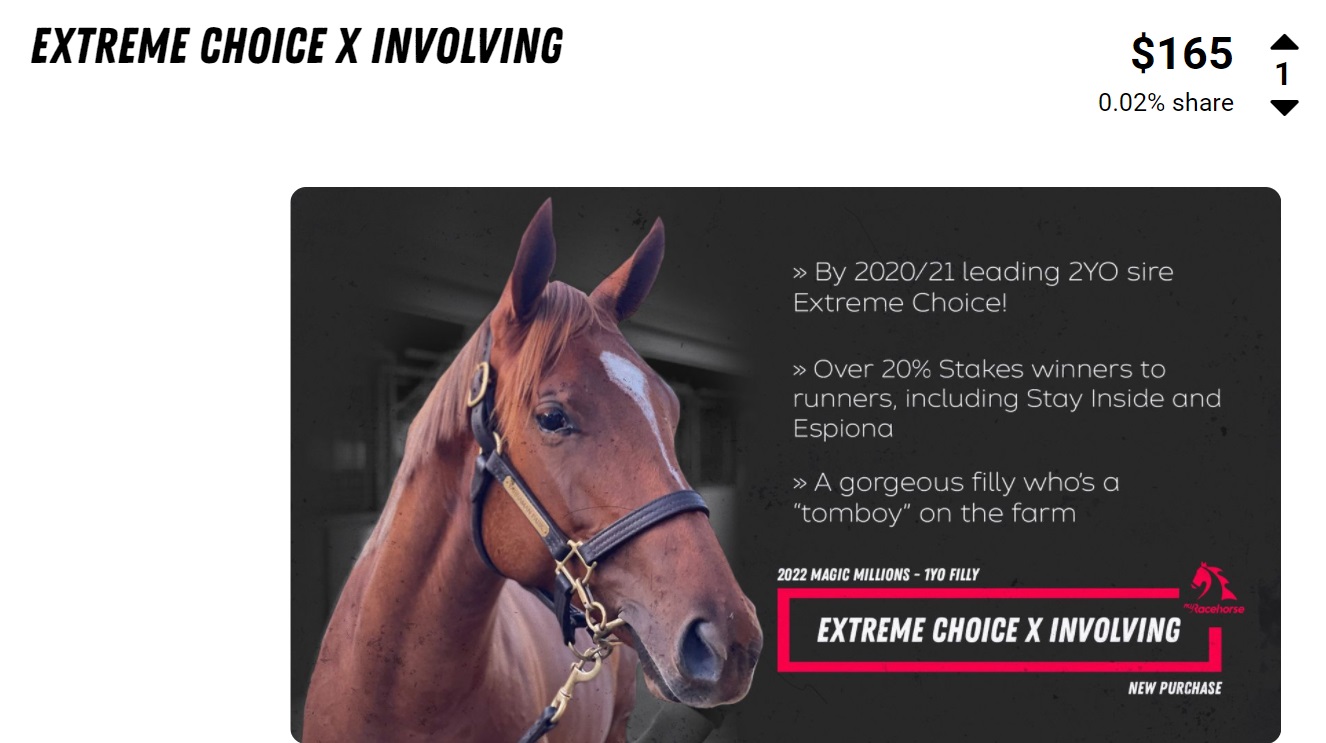 MyRacehorse is a company with a deliciously ironic name, for no one who buys any of their shares in a yearling – they are actually units in a speculative investment trust, not shares – has their own horse at all, they share a unit in it with thousands of others.

OurRacehorse would be a far more appropriate name for the title, although the truth be known OurBigSkim would be the best name of all, and the closest to the truth.

As you see in the picture at the top, MyRacehorse is offering what they claim to 0.2% shares in this Extreme Choice filly for $165, all expenses included.

Their big banner headline claim is not quite correct though, or anywhere near it.

You have to read the fine print to get the real picture.

What they are really offering the come in spinners is 0.02% of a 40% share in the horse. 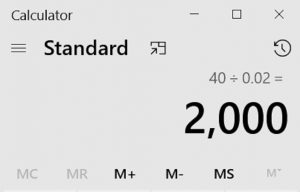 That makes it a bit different.

Because the suckers real share of the whole horse is just 0.008%. 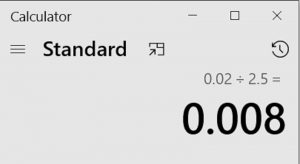 That’s just the start of the shake, the intro to the grift.

The yearling in question was sold just three months ago through the Magic Millions sale ring.

That’s value for money isn’t it?

They say that they are only charging you $62 for the value of the horse.

20 percent of your money is being paid to the promoters as a management fee.

So are the claimed prepaid expenses of $68 out of each $165 unit share.

These fees are essentially for training and training related expenses, and are being calculated on a rate of $80 000 per year for a full 100% share in the horse.

MyRacehorse are skimming an additional 30-40% off the top.

It gets better, or worse as the case may be.

Those are only the costs up to 30 June 2014, when the filly will be just four years of age.

You as the unit holder pay the whole whack after that.

Here is an example. Admittedly it’s two years old, but costs haven’t gone up that much. Ron Quinton – a Group 1 trainer who is not associated with MyRacehorse – advises clients to allow $45 000 a year for costs.

MyRacehorse also takes 7.5% of any prizemoney earned, which is a boiler room scam if you have ever seen one.

The promoters don’t own a share in the horse, the unit holders do.

So how on earth should they be entitled to a huge slice of the stakes the horse earns?

When you add MyRunner’s 7.5% to the trainer’s 10%, the jockey’s 5%, the 2% animal welfare levy, and the 1% that goes to the jockey’s insurance scheme, it means that more than a quarter of any money that the horse picks up on the track disappears before the owners ever see it, almost a third going straight into the promoter’s pockets.

Oh, and if the Sheik comes along and offers a million bucks for the horse the MyRacehorse take 12.5% of it too.

How the hell can a company that doesn’t own a horse take 1/8th of the sale price if its sold?

You tell me, because I don’t know.

This whole thing is a rort, a scam, and a con.

We are not saying it is illegal, because it is not, or at least until someone takes a case against MyRacehorse and proves otherwise anyway.

But legal or not, it ain’t any good.

Allow me to illustrate this with a simple example.

No horse in Australian history has won more than $20 million on the track.

Just imagine that this filly becomes the 2nd to do it.

There isn’t much hope of that, but just imagine it anyway.

Take 25% off for all the deductions, commissions and fees (it’s actually 25.5%, but lets keep it simple.

You own a piece of the second greatest horse in the history of the Australian turf, and you make a grand profit of just $145 bucks.

Which means that if like Winx it races until it’s 7-year-old season you have to pay another $204.

You have just owned one of the greatest racehorses we’ve ever seen.