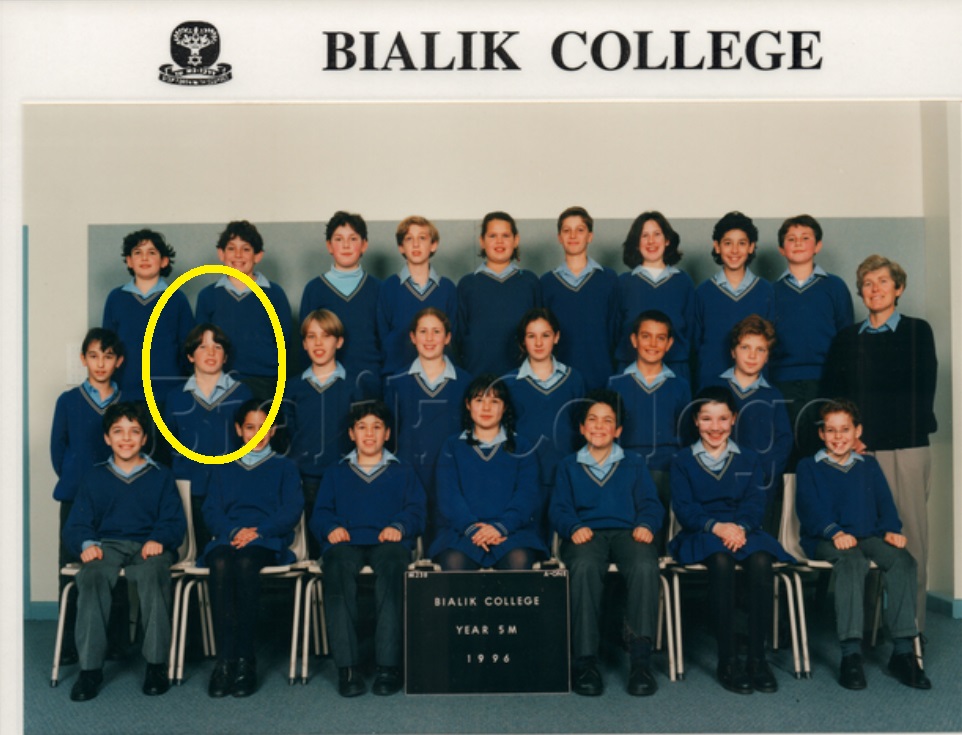 Noah Rose, when he was at school. Plenty of hair and short pockets. The boy became the man.

Over the past few years the big players on the Australian corporate bookmaking landscape have been merging with, acquiring, and taking over each other at a furious pace, with the result that top end of the market has been consolidated into just four major players.

They are Entain, Flutter Entertainment, Tabcorp and Bet 365.

These four companies basically control the show, and take the vast majority of bets.

One of the unexpected by-products of competition shrinking in the top end of the market has been the rapid growth of the minnows, predominantly rebranded on-track bookmakers who have signed up to a pro-forma online presence and managed market trading tool offered by the company Betmakers, whose pricing and betting are largely set by Robbie Waterhouse, who by virtue of a shares deal is now one of the bigger stakeholders in the company.

In a way this Betmakers brigade of variously branded bookies is like McDonalds or KFC. They have autonomous local control of their business, but the main parts of it – prices, algorithms, market movements – are controlled centrally, which affords them both economies of scale, cost savings, and in a sense collective strength.

Unlike the big four players,  who are registered with and regulated by the Northern Territory Racing Commission, these bottom feeders who play the Betmakers game hold their licenses with a local State based authority, in the main Racing Victoria.

This creates a problem for punters, for unlike the NT, Racing Victoria has no framework for formal dispute resolution in the case of a betting disagreement between the parties making the bets, and those taking them.

There is a voluntary mediation process, but unless both parties agree to give up their wider legal rights and willingly hand over decision making power to Racing Victoria in cases of disputes, – which none do – the only recourse a punter has got if they feel that they have been ripped off is to head to the courts and get entangled in a costly, years long legal process in which they are bound to find themselves fighting against a phalanx of the best lawyers in town.

What this does is create a handicap standing start free for all for the bottom feeding bookies, who start off the front line and can do pretty much what they like, whenever they like, for the punters begin the 120m metre handicap mark which automatically renders them as not much hope.

Bet Deluxe is one of these bookmakers.

It is owned and controlled by a Melbourne bookie called Noah Rose, the scion of a wealthy Melbourne establishment Jewish family who rose to some modicum of fame by getting beaten in the 2010 final of My Kitchen Rules, which makes him a bit like Reckless in Gold and Black’s Melbourne Cup.

In other words a loser, and a sore one too.

You see Mr Rose has welched on a bet with one of our readers, and is refusing to pay.

We will talk more about that later at length.

First though, I want to talk about hair, or the lack of it.

Noah Rose isn’t just a bookie or a bloke whose kitchen doesn’t rule.

He is a snake oil salesman too, of the hair loss prevention variety.

Rose sells a thing called The Hairy Pill, a once a day tablet that he touts will prevent you from going bald, or regrow your hair if you do.

Did Reckless win the Cup?

It’s not the efficacy of the treatment that I wish to question here though, it’s the false and misleading claims made by Rose in his sales pitch that I wish to bring to your attention, for I am working on the theory that if a bookie bullshits about the hair saving pill he’s trying to flog you at a hyper-inflated price, then what hope has a punter got of ever getting the right odds about a bet or getting paid?

About as much chance as Peter Garett has of winning hairstyle of the year.