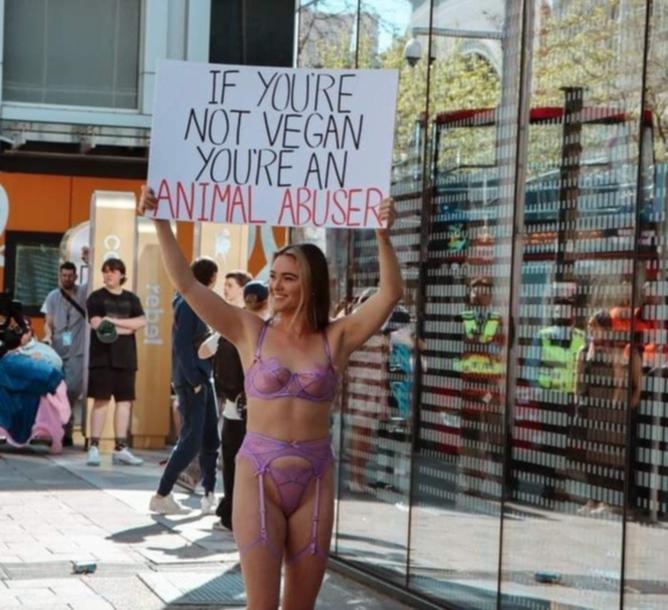 It was only yesterday I told you about the so-called animal activist’s plans to disrupt the Million Dollar Chase.

The strategy is to distract security by causing a ruckus so that they take their eyes off the strike bombers waiting to get their gear off and run amongst the field, and cause the whole race to be called off.

I wasn’t making this up, I got it straight from a horse’s mouth.

It seems the vegans heard about me outing them, and have readjusted their plans.

A seemingly drunken loon – the Blower’s Daughter, aka the rabbit – jumps the fence and runs out just before the race is about to start.

The security guards all chase the rabbit, and get him off the track so that the race can go.

Their all eyes are all on the rabbit, and they are no longer at the fence they were guarding because they’ve left it to run them down and restrain them.

And the real invaders do too.

They are up and over the fence, and there is no guard there to stop them.

It’s the oldest trick in the book, one that’s used been used by clever generals since antiquity, and a tactic employed to huge success by the criminal experts running the Kangaroo Gang, the fabled Australian shoplifting team that looted retailers around the world in the 1960’s and 1970’s.

The Vego-Fascists cast the lure in race 8 at Gosford last night (watch video at top), performing a dry run of the distraction so that everyone at Wenty tomorrow night’s eyes will be focused on the rabbit runner.

No-one said these urban guerrillas weren’t half-smart. What we said is that they are insane, just like every other terrorist in the world.

No doubt you will read or hear that the Gosford track invader was a blind drunk bogan who was acting the fool.

How many people go to the Gosford Dogs on a Friday night, and how many of them get blind?

Answers: 73 and none who already aren’t.

This is a stooge.

Don’t fall for it.

Stop these hater and wreckers so that they can’t stop our race.

And tell that narcissistic hooker with the crazy ideas to put some clothes on too.