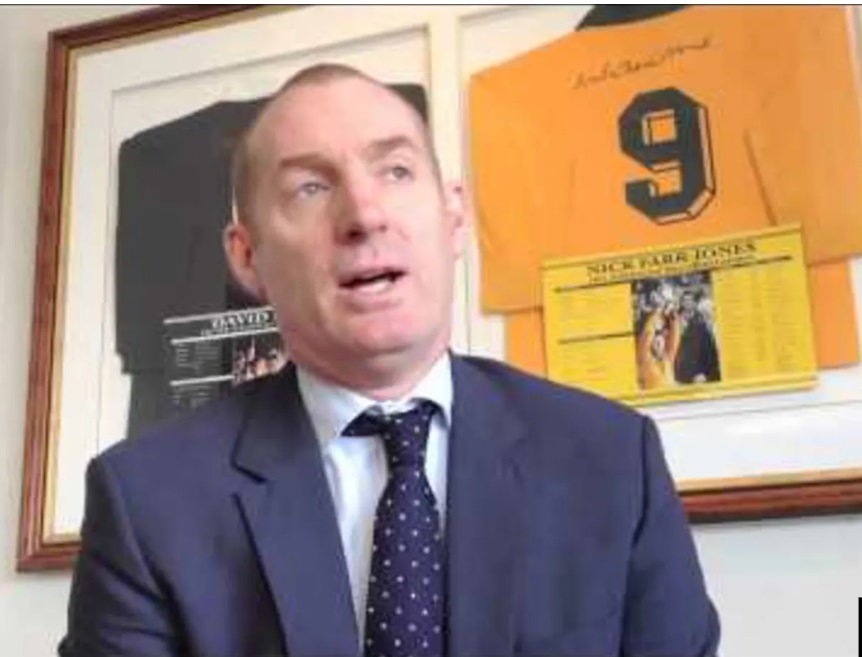 International Quarterback (IQ) is a company that was founded by a boy from the bush named Whitey – real name Chris White – who I used to play cricket, basketball and cards with.

I think he was from Mitchell, but I might be wrong.

Chris (pictured at top) – who for many years was boarding master at his old alma mater Marist Brothers Ashgrove – was a real nice bloke, and I am sure still is, although we’ve lost touch over the years so I wouldn’t know.

Whitey still runs IQ I believe, which is a shame, because you hate to slag an old mate, but straight shooting is straight shooting, and as a writer fear and favour don’t come into the equation.

IQ has a bit of a marketing problem, or an editorial one at least.

On its website it boasts about doing the business with Netball Australia, seemingly oblivious to what a basket case the outfit is.

The partnership between the two organisations has been incredibly successful IQ proclaims.

About as successful as Whitey was in trying to complete his law degree in under eight years, which was not very.

Netball Australia owe $11 million bucks to its creditors, and doesn’t have two cents to scratch itself with.

That is a success story if I have ever seen one.

Don’t you want to run and jump straight into bed with International Quarterback and Whitey?

It’s a gilt-lined back road to the path to financial success.

In 2017, Netball Australia launched a new domestic Super Netball League and entered into a five-year joint venture arrangement with Nine Entertainment Co and Telstra. To support this new platform they needed an innovative commercial strategy that would generate signifcant sponsorship revenue. The first priority was to secure a new naming rights partner for the Super Netball League. However, the league was unproven in terms of audience viewership, fan engagement and commercialisation of sponsorships.

IQ went to market to source and attract potential like-minded partners that would support and grow the sport from grassroots to elite. Brand alignment was critical, along with the partner’s willingness to invest in the sport and take a risk on a competition that was still very much in its infancy.

IQ leveraged netball’s national footprint, high participation numbers and broad demographic reach to create a shortlist of potential partners. From this shortlist, IQ successfully negotiated a five-year deal with Suncorp as the new naming rights partner of the League. Suncorp’s brand fit was ideal for the sport as they were in the process of launching their brand nationally. The partnership has been incredibly successful for both parties. IQ has once again been engaged to manage the naming rights renewal negotiations for 2022.