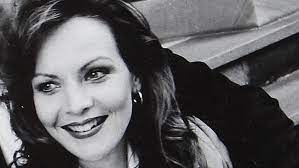 Gerard Baden-Clay is a murderer of the worst kind.

He killed his innocent wife Alison while her three daughters were sleeping.

Then he left them alone as he drove the body of the woman that he had pledged to love, serve and honour forever to a bridge over a backwater creek, and cast her into the dark, swirling waters as if she was a cigarette butt that he’d flicked away.

Baden-Clay has never admitted his crimes.

To this day he claims that he is innocent, despite the High Court of Australia finding beyond any reasonable doubt that he was, and is.

We have it on excellent authority that today, from his maximum security prison cell in the wing reserved for perverts, kiddy fiddlers and cowards, Gerard Baden-Clay is studying for a law degree.

This cold-blooded murderer of an innocent woman is undertaking his studies at the University of Southern Queensland.

Queensland Corrective Services, an arm of the State, are allowing him time and resources to do so, and providing the resources for him to engage in lectures and tutorials conducted by online conference.

Gerard Baden-Clay can never practice law if he completes his degree, even when he is eventually freed,  which will likely be in a mere five years time. His criminal conviction for the most serious offence in the Criminal Code will permanently disbar him from admission as a solicitor or barrister in any state in the nation.

That Baden Clay has been allowed to study law from his jail cell at all is an affront to human decency, and an unjustifiable slap in the face to the loved ones of the woman that he killed, including her parents and his own children.

University courses are funded by the Federal Government, and the fees charged to undertake courses at these institutions are paid for indigent students like this murderer are paid for by way of Government loans.

Jails are paid for by the Queensland Government, from the public purse.

That means that every person in Australia is in some way paying for Baden-Clay’s study toward an utterly useless law degree, and the people of Queensland are paying for his means to do it.

It also means that a so-called bastion of intellectual and academic integrity in the form of the University of Southern Queensland condones having a convicted wife killer study in their halls.

Each of these things is an outrage.

A women lies dead in her grave while her parents and children weep.

Alison Baden-Clay’s life was truncated when half of it still lay before her.

She’s been denied the joy of watching her children grow, and smothering them in love.

It was Gerard Baden-Clay who took it all away from her, the man who threw into the cold waters as if she was nothing but trash.

And here he is studying law, at society’s expense.

I don’t know what to say.

It is just all so wrong.

How on earth could we have allowed this to happen?

It has to stop right now.