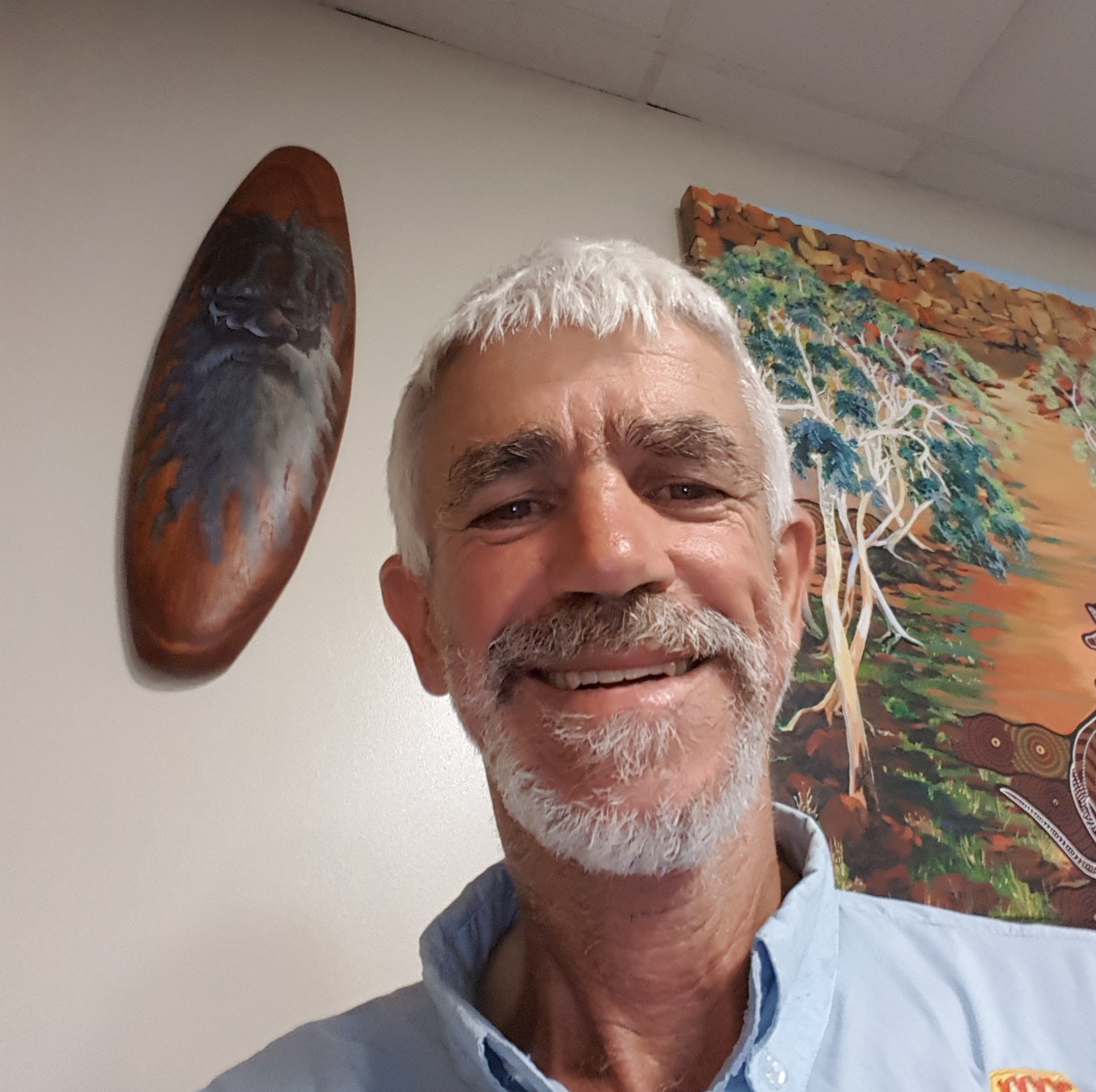 His name is Jeff, although his mates call him Budgie.

If you were him you’d me smiling too.

Martin Luther King had a dream.

It was about ending racism.

We don’t have to worry about that up here in the rainforest.

Sometime we are blue and pink and yellow and purple too, dependingwhat colour Chris the Candyman who owns the lolly shop and drinks at the Barron Falls Hotel with us dies his mohawk on any given day of the week.

Up here out dreams are far more simple.

Jeff’s name is Callander – no relation to Richie or Ken – and he runs the pub.

His dream since he was a kid has been to win the Victoria Derby.

About a year and a half ago he and his brother bought 10 percent of a yearling colt by Tavistock that Mick Price was syndicating.

So handy that just 6 months after the Callander boys had bought their share   this was about 14 months ago – he told them it was going to win the Victoria Derby the next year.

I did, because we’d talked about it before he bought the share, and strategised about his Derby prospects on breeding.

Six months later – six months ago – Mick Price told the lads that he was now quite sure that this colt would win the Derby.

Jeff and I started backing it on the fixed price.

At first we had to get a quote from the bookies because he wasn’t on their lists.

We backed it anyway.

It appeared in the markets after that, so every week we’d have a little nibble at it.

We took them all.

I’m glad we did too, for that colt that Jeff and Peter bought is a pretty promising type.

You know him, it’s that horse I’ve been tipping you into as the Derby winner since about June. .

His name is Gunstock.

You know, that Mick Price trained colt that picked them up and carried them in the Group 3 Neds Classic – the old Norman Robinson Stakes  -at Caulfield today, at just his 4th start.

Gunstock’s firmed into $4.50 second favourite for the Derby tonight.

Jeffrey’s dream is alive and kicking.

All our bets are too, and gee they are starting to look like massive overs.

Kuranda is abuzz with excitement, and soon will be awash with punters black, white, red and brindle sporting Gunstock t-shirts and hats. To the innocent visitor it will seem like a One Nation gun lobby conference on acid. Gee it’s going to a fun couple of weeks. There is no place you would rather be on Saturday week than the Barron Falls Pub.

It would be a good idea to visit soon though you like shade, because the whole town is going to be there on race day and we’re going to lift the roof off when Gunstock wins the Derby.

Is it any wonder that Budgie is smiling?