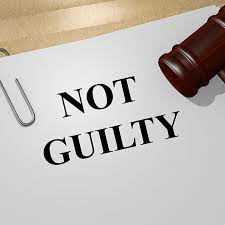 This week is when the alleged ‘Teacher’s Pet’ wife killer Chris Dawson’s fate will be decided.

As far as murder trials go, it’s been so far so good for Dawson.

He’s been painted as a wife beater, a tightwad, a philanderer, a bastard and a Karmichael Hunt.

It might have been true back then, but that was 40 years ago and who cares and so what? There is only one thing that Dawson’s worried about being painted right now, and that is a man who murdered his wife.

So far that picture has not been formed or framed.

There is no forensic evidence, no body, no life insurance claim, no confession, no anything except conjecture, finger pointing podcasts, and a deeply bitter ex-second wife, the woman known as JC and famous as the pet.

What there has been in the past week are creditable average Australians who used to live a couple of doors down the road from the Dawson’s, and who have no modern day relationship to Chris, saying they both saw Lynne Dawson in the flesh two years after she is alleged to have been murdered.

Dawson is sitting pretty, as sweet as a but.

Only one person can bring him down now, a former football team-mate named Robert Silkman.

Silkman says that Dawson asked him about procuring a hit man to kill his wife.

If his evidence holds up, the Teacher is in a world of pain.

But if it doesn’t, he’s home free.

Or at least as free as you can be after one of Australia’s highest profile journalists tells the whole world that you are a killer, without a scintilla of hard cold evidence to back his claims, only a raft of circumstantial maybe evidence, and a tanker full of what people who don’t know much more than the time of day telling us how it was and what Dawson did.

I can’t tell you how I know this, but trust me I do.

This bloke’s a faker and a fraud.

Dawson’s barrister is going to tear him into shreds.

The accused is going to walk.

And given all that the prosecution have, and the depths to which you are about to learn they have dived, so he damn should too.