Queensland’s Chief Steward just gets better and better with every week.

See that horse Jadentom that raced three wide without cover?

The horse was never any wider throughout the race than one off the fence.

Chadwick has confused it with Sukwhinder, the horse that is out three wide in front of Jadentom contesting for the lead.

It’s an easy mistake to make I guess.

If you think spots are stars, and ignore the sleeves and cap.

David Fowler made a similar one earlier in the day, in his 4TAB call of race 7, where he called the dead-heat winner Quantico into third.

At least he will never pick up on Peter Chadwick’s mistakes, not the Chief Steward on his.

God Save the Queen.

For seemingly nothing can save Brisbane racing.

This is a true story.

Yesterday a bloke had an seven-leg all-up multi going with six legs down, and only one left to go.

The last leg was the Western Bulldogs to beat the North Melbourne Kangaroos by 39 points or less in their clash at Marvel Stadium.

“So what?” you say. “There are people who have 7-leg multis on the footy going every weekend of the season”.

You are right too.

But they don’t have them going for $1.4 million.

That is not a misprint.

This punter had placed three grand on a seven leg multi, and they had it going in the last leg for one point four million dollars.

The bloke could have cashed in after six, but he didn’t.

He let it ride, all in the pot, guts or glory.

I wonder if he regrets it now.

Silly question – of course he does.

But then in the second half, the Bulldogs exploded.

The punter got not nothing, not a cent.

If I had escaped a $1.4 million bullet, I would have too.

I wonder if the poor old multi punter slept a single wink?

Man, how could you?

Oh well, its only money.

That’s what some people say anyway.

This is the official Stewards Report from the Townsville races yesterday.

The Stewards declare that they relayed a change of riding tactics to punters via on-course public address and social media.

These QRIC employees claim that they relayed a further three riding tactic changes to punters throughout the day, making it four in total.

There is just one problem.

How do you relay information to punters via the on-course public address system, when there aren’t actually any punters there?

Guess who is having a birthday today?

Born on the Fourth of July.

Maggie and I hope it is a truly wonderful day for you, Kay and the kids, and that together surrounded in love you enjoy many, many more.

Now all we need is for Colt Thirty One and Fame Assured to run one-two, and for the Colt to smash the track record to pieces.

That will put the candles on the cake.

We saw something most peculiar last night at Albion Park.

The visiting NSW trainer Rickie Alchin, a very nice young bloke who brings a team up to Queensland to race at the Winter Carnival meetings each year, rolled out a three-year-old gelding named Black Hawk Joe in the seventh race.

Now Black Hawk Joe had never paced a mile faster in his life than the 1.55.5 he ran at Menangle last August, which given that the much larger Menangle track is on average about 2-3 seconds faster than the Creek, means that Joe’s fasted lifetime converted mile rate was about 1.58.0, give or take a few tenths of a second as change.

Joe wasn’t in real good form coming into the race.

At his last start at Menangle, he’d popped in on the leaders back early with a real soft suck, and had the gun run, but was gone at the 200 and dropped right out to get beaten over 20 metres by an $81 shot in 1.53.8, which is only middling time at best on that circuit.

The start before that Black Hawk Joe had sat 1-2 and couldn’t go, finishing 16.7 metres behind the winner whose back he had sat on, in ordinary time of 1.54.8; and the time before that he’s worked hard to the death and dropped out last beaten half the length of the straight in 1.54.0.

It wasn’t a very auspicious form line, and remembering that times at Albion Park are significantly slower than in Menangle, there was nothing that Joe had done in his career or of late that would make even the canniest of form gurus imagine that he could possibly run better than about 1.56.5 at the Creek, and he’d have improve lengths in the Queensland sunshine to even do that.

Well blow me down with a feather and call me Mary-Lou.

Black Hawk Joe steps out last night, gets backed off the map, and scorches the paceway.

Rickie Alchin takes him to the lead in a stroll, but ups the revs early even though unchallenged, and he runs 28.4 seconds for the first quarter.

You expect Alchin to drop anchor, but he doesn’t, and Joe goes through his next split in 29.7, which is a bit too quick for a horse with a converted best of 1.58.0 and a potential improved best of 1.56.5. because it means that he has run his first half (800m) in 58.1 seconds, which means that he’s not going to be able to come home any faster than about 58.5 seconds for the last half, and that might not be quick enough with the swoopers sitting back soft off the fast pace.

Alchin turns it up in the third quarter and runs a super slick 27.4 seconds, which is Colt Thirty One class time.

If you are a favourite backer looking at the sectional times not the screen, you start screaming at the top of your lungs and calling Alchin every name under the sun for going so fast, because but the Colt’s a champion who has won a Vic Derby, whereas Joe’s just a won win and no placings from 9 starts plodder.

He has to crack, he has to for sure.

Then you look at the screen and see Joe’s half a mile in front and pulling away on the turn, and the only thing that’s going to beat him is a lightning bolt between the eyes, and there are no clouds and its not raining.

Black Hawk Joe bolts in, beats the second horse by nearly 25 metres and the third one by nearly 40.

You look back at the clock, and almost fall off your chair.

Not even the Colt can run a half that fast at Albion Park.

It’s the second quickest time of the night, only half a second outside the fast class horses, and this is the lowliest rated race of the night.

Has Rickie Alchin performed a miracle?

Is he the greatest trainer since Barry Purdon?

Or is it something more?

I guess it will be interesting to see what TCO2 level Joe throws up.

This is the gear that real men use.

Bicarb and Brown Sugar are for wimps.

ITPP is the gear.

Gee, look what it does.

Gives your camel more oxygen in the blood.

All the things a a real good doper needs.

Best of all though, if you it right, it never swabs.

The answer is in numbers, not words.

You can’t spike them on race day though. The vets look for needle marks.

So you have to use a drench.

It’s lucky ITPP comes in powdered form that you can fizz up and stick down the horses throat though, isn’t it?

The only other thing you need is a twitch.

Sorry Ross and the QRIC.

I had that one arse up.

Lots of trainers are.

Sometimes you need to do a bit of trial and error to get the mix right.

Do you reckon they’ve retested Ardoyne Road’s swab sample yet?

The Queensland harness racing Junior Driver’s Premiership is all over bar the shouting now that the wonder kid Angus Garrard has finally been granted his open license to drive at Albion Park on a Saturday night.

Young Angus, who has just turned 17 – Happy Birthday son! – was sitting in the top 3 on the table even when handicapped by not being able to drive at metro meetings while all his rivals could, but since being given the all clear to compete on level terms he’s stamped his brilliance for the whole world to see, and has booted 8 wins clear and running.

We’ve been raving about how good Angus is for a year or more, and now finally the world has caught up, and what a great thing it is for the sport of harness racing. We need young people like him to re-energise our sport, and more particularly we need good young trainers and drivers who can’t be tempted by a dirty dollar, and whose only motivation when they step out onto a track is to win.

This kid is an absolute genius in the sulky.

He’s a breath of fresh air too.

This year the junior drivers premiership, next year the world.

You just watch and see. 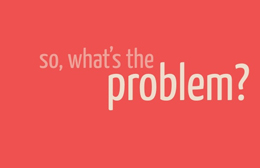