You can have your Rowe Cups and your Derbies.

This is what the trots are really all about.

We’re at the Elmira County Fair, the largest city in uptown Horsehead, Chemung County, New York State, in the town where the world famous 1995 US Menswear Designer of the Year Tommy Hilfiger was born, raised and bred. 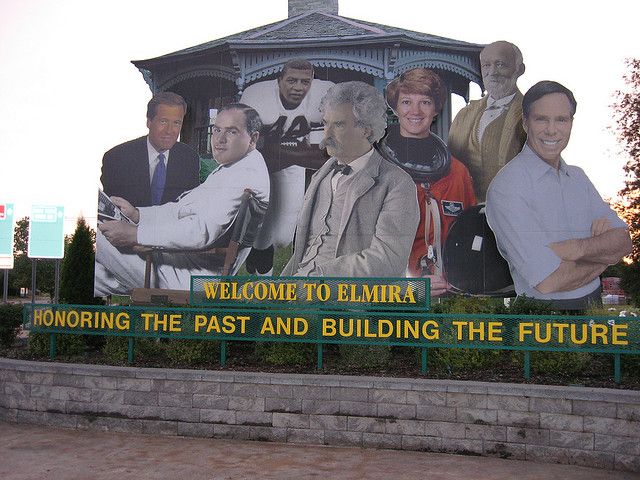 She’s a little 2YO filly, a champion who is being prepared for ID23 the old fashioned way, through the show circuit. She’s trained by the rising star Kimberley Gilman-Daios, driven by the superstar amateur reinsman Charlie Longo, and is owned by Winners Circle Racing, a syndicate of obsessed enthusiasts of the the chariot racing sport that included a single Australian investor.

I’d bought into Winners Circle Racing one night on the internet when I was flying high on single malt, pingers, pot, coke and ID dreams, and had a little bit on my pocket I’d won that afternoon and wanted to give away before the bag man bit me on the hard on the card the next day.

I was looking for an Aussie syndicate to rip me off, but couldn’t find one, and the Kiwis didn’t seem interested either, so I stretched my horizons broad, found this little syndicate that had just been started up my a pair of amateur enthusiasts who had just learned how to drive and wanted some horses to race, sent over 15 grand – my last – on spec, crossed myself, said a few Hail Mary’s and prayed God give me strength.

I didn’t need him.

I found Charlie Longo and Matt Zuccarello instead.

So now I’m in the Winners Circle Racing crew, and after starting out owning bits and pieces of about 3 or 4 horses, thanks to the continued success of the team I now have interests in about 9 or 10, without ever paying a cent in training fees and having taken some out to pay the lawyers along the way, and I couldn’t be happier if you’d injected me with a ton of amyl nitrate.

If you don’t know what that is, just ask the Bantam. While you’re at it ask him if he remembers the Hacienda as a young man on the journalistic make, or Options Night Club at Spring Hill as a young caller in his twenties a few years later too.

Did you know that Options was run by a leading modern day QRIC Steward’s uncle? Good bloke he was too, and gee he could sing. The uncle, not the Steward. He was too straight and boring to be exciting, and no oil painting either.

Anyway, so here I am in the circle, and we’ve coming into this off wins at Harrah’s Philly, Tioga Downs and Pocono already this week, and the syndicate is flying sky high.

Elmira is the real deal though, and I’ve stayed up ’til the wee hours to watch it.

They score up behind the mobile, come round the turn to the starting point, and just as the arm flies, Summer Storm gallops.

Then Charlie settles her, and she starts to steam.

Summer slips past the third horse like its standing still, but all she can see ahead is daylight.

It’s the performance of a soon to be New York County Fair Sires Stakes Final winner if you’ve ever seen one, and our opposition are trembling in fear, and can’t sleep at night due to nightmarish dreams about Summer Storms blowing them away.

All we have to do now is keep the dopers with their syringes full of stopper at bay, and Stage 1 of Mission ID23 is all but in the bag.

Charlies got the little foxy on high alert, the water pistol is full, and the baby monitor is recording Summer Storm’s every single little move.

The men with drugs who like to steal away Winning Circle Racing dreams won’t get to our little baby, don’t you worry about that.

Charlie’s got one of out T-Shirts and a WCR cap jammed under the bedroom door, and he’s got Summer sleeping on the walls side of the bed.