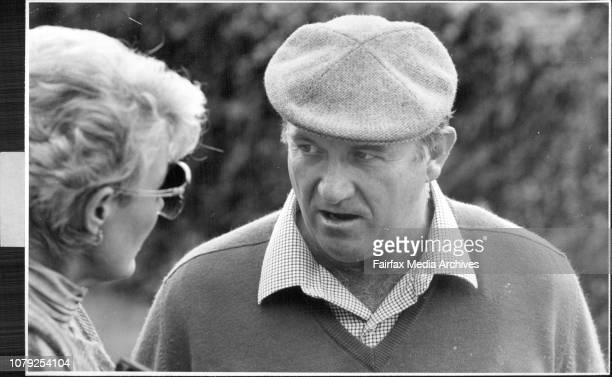 I would think, our old friend, Lord Denning, would state categorically, that most Stewards enquiries are a gross denial of natural justice, where your accuser is also your Judge and Jury.

I agree with your point about natural justice – it’s ridiculous that in this litigious age of racing, your accuser can also try and sentence you – but Lord Denning ain’t my friend Doc.

I’m married to a black woman, and have black kids, even if one of them’s skin is white. and I reckon they are perfectly able to serve on juries, particularly given that one of them won the Dean’s prize at Uni and finished in the top 1% of the state at school.

It is not administered by injection but orally, and it takes about 4-6 hours to appear in urine and blood. So there would not be much point in giving it in the float.

As an aside, Altrenogest, is NOT an anabolic.

No Doc, but given it’s trace elements of Trenbolone and Trendione – which ARE anabolic steroids – it’s a great masking agent for both.

We never did learn whether or not the racing lab spun the spectrometer beyond the Altrenogest positive to see what lay beneath, did we?

You also stated that LARGE amounts of Altrenogest were found in the horse.

As far as I know, they have not quantified the amount of A/G in the urine or the blood, as it definitely does not appear on the analysts report.

What you see below are the Alligator’s owners words Doc, not mine.

I reckon a truckload is a large amount.

Similarly its effects are not immediate. They take at least 2-3 days to have any effect on horses, NONE of which are performance enhancing. This is why it is legal in NSW (in mares). It can quieten colts and geldings, but is this performance enhancing, considering that it also diminishes Testosterone production?

But what if it was actually the anabolic steroids trenbolone or boldenone that were actually injected into the Alligator Doc, and Altrenogest was used as both the mask, and the means to quieten it down?

Gee it kicks on good, doesn’t it?

Also, no one has queried the actual procuring of the urine specimen from Alligator Blood.  Similarly there is no mention of the analysis of the blood, which should have been taken from the horse.

If the two match (blood and urine), then there would be no doubt that this was this horses urine.

I agree with you entirely Doc.

And therein lies the problem.

What DID they test for?

And WHY haven’t the test results been released?

I could go on but you will do a Rip Van Winkle.

Even roided up to the gills, I’d never be fast enough.