Gee haven’t we upset some of the well-known (and some of the lesser known) harness racing figures who enjoy supporting the little bubble that provides them with an income and not too many others?

Throughout history the emperors and empresses of crumbling empires have always protected their own little sinecures while outside the palace gates all around them their cities lies in ruins and their citizens starve. They call it fiddling while Rome burns and letting the people eat cake.

Harness racing is falling down.

In NSW the control body has somehow made $30 million disappear in six years and is so broke that it had to rob the future fund to pay the electricity bill, leaving nothing to keep prizemoney at its proper levels when the Coronavirus hit. While those at the top of Harness Racing NSW who have so irresponsibly spent the resources that were supposed to sustain the industry through a crisis continue to draw their full pay, struggling participants have had to cop 3 months of 20 percent less prizemoney and winning percentages on purses.

South Australia is a basket case, ravaged by infighting, and ruined by naive property deals turned sour. The stakes money their is so low that participants are fleeing interstate or leaving the industry in droves.

The trots in Victoria is riddled by corruption and dominated by cheats.

In Queensland the sport is headed by an incompetent gallops caller who will stab his colleagues and his supporters in the back, sell the stadium and the prinicipal track, and preside over six straight years of huge losses, putting our industry fairly and squarely in the gun of the toecutters and placing the game at massive risk. One family dominate the game and reap most of the ever-dwindling spoils, and it is no coincidence that it is the one that are this websites most strident and vocal critics.

Tasmania is an irrelevance, thanks to a government that jumps at shadows and closes sports down on spec, prizemoney that can’t sustain more than a couple of professional stables, and races dominated by slow horses plucked from interstate claimers that provide no thrill to anyone, and turn punters away to the gallops and dogs.

West Australia – the only state that didn’t ever sell its cash cow, the TAB – is travelling well financially, but has huge problems of its own. The brother and son of two hall of famers is a drug cheat and race fixer who recently got outed for years for another fix, and two stables are so dominant that only crumbs are left for the rest.

Writing about these things is not attention seeking. It’s caring about the sport you love that a bunch of selfish, self-interested people don’t care if they ruin, as long as they keep earning a good quid for themselves. It doesn’t really matter what they say anyway because few of them can actually read.

These are the words of an ignorant fool that all these people are jumping on to line up and call the author of this piece any name under the sun that they can find. They all should go and buy themselves a mirror and a block of reading lessons.

Here is what my story actually said.

Do you see me saying that Artemis didn’t lead last start?

I could have sworn that I said it did.

The only two other runners in the race were the pole marker Take In The Gold, whose previous best time was 1.58.0 at Albion Park in a race in which the opposition had allowed it get way with murder by running 32.3 for the 2nd quarter, and Artemis, a maiden drawn the extreme outside that had led and been run down in 1.58.0 last start at Menangle.

Both of these outsiders were trained by Kerry Anne Morris, and both had no hope.

Or so we all thought.

There were two error in the story. Typos.

In one I called Tim Butt the driver of Ronaldo, when of course he is the trainer and it was in fact his brother Anthony in the cart.

In the other – a couple of paragraphs down – I forgot do delete a line that read had never lead in its life in the edit, when referring to Artemis. Looking back I would think most readers who had already read the earlier paragraph quoted above would have realised that it was a simple mistake – we writers all make them, particularly those of us who work alone and without an editor –  but I dare not change it now, lest I be accused of rewriting history by these people who are wrecking it.

If that error’s the worst charge that those wanting to hang me from a tree can level at an author who writes on average 8 000 -10 000 words a day (and has the same number of readers) then I reckon I’m not doingt too badf at all.

And you know what?

At least the critics are reading, and earning me a good living on the pay per click.

Bet they didn’t stop to think about that one, did they?

I’m off to buy another bottle of Johnnie Walker blue. 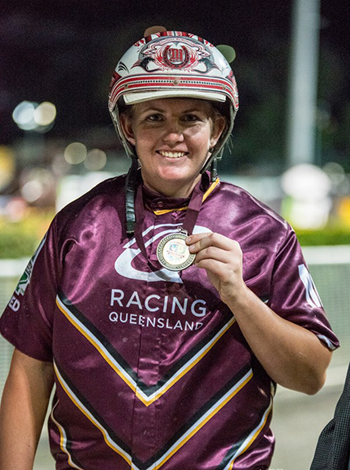