Gee I reckon that Nick Keal was a bit stiff copping a hundred dollar fine for breaching the whip rule in race 6 at Dalby yesterday.

Take a look at the video above and make up your own mind – the 100m mark is where the rail turns red – but I can’t see how he hit the horse more than the allowable 5 times before that point.

If he did, it was only one extra, but its too close a call with too much uncertainty about it to be slapping a young riders with a breach in my view.

Jockey Madeleine Wishart is riding the second placed horse on the turn, the one in pink in race 5 at Dalby in the video above.

It’s gone at the top of the straight and wobbling, but Wishart keeps riding it and allows the horse to duck in and it almost puts the eventual winner Decor Deels and its rider Matthew Palmer – who was about to dart through gap on Wishart’s inside – over the fence. It’s damn near a miracle that she didn’t.

Maddie Wishart was suspended for 9 days for her sins.

If I were her I wouldn’t be appealing, for its tens on that the only result she’s going to get is an increase in penalty.

Then again, under our present crazy system, after you’ve had your stay for six months and booked the beack shack for your Xmas holiday, you can always withdraw your appeal and serve the nine days sipping Pina Coladas by the pool, so maybe she should appeal after all.

Emma Llung Gets Away With Murder

Emma Llung is not a bad jockey.

She’s not a good one either, but she’s must better than this.

‘This’ is her ride on the favourite Fei Lian in the 5th at Dalby.

It’s the one in these colours.

Llung has Fei Lian four-wide the whole way in a ridiculously slowly run race in which they went more than 5.5 seconds outside the track record.

She doesn’t go forward, she doesn’t go back, she just sits there, and even when she looked half a chance of getting in at about the 1000 mark she just looked the other way and didn’t even bother to try.

The Stewards didn’t either.

Like I said earlier, punters who bet on Dalby are generally dunces, and the fact that they backed The Irons into $1.60 favouritism in race 4 just goes to prove it.

That aside though, I don’t Emma Llung gave the fave a whole lot of help.

Take a look at the video and make your own mind up.

The Irons is the one in the lightish green with the white hoop.

Racing Queensland’s Training Department Are Letting Our Kids Down 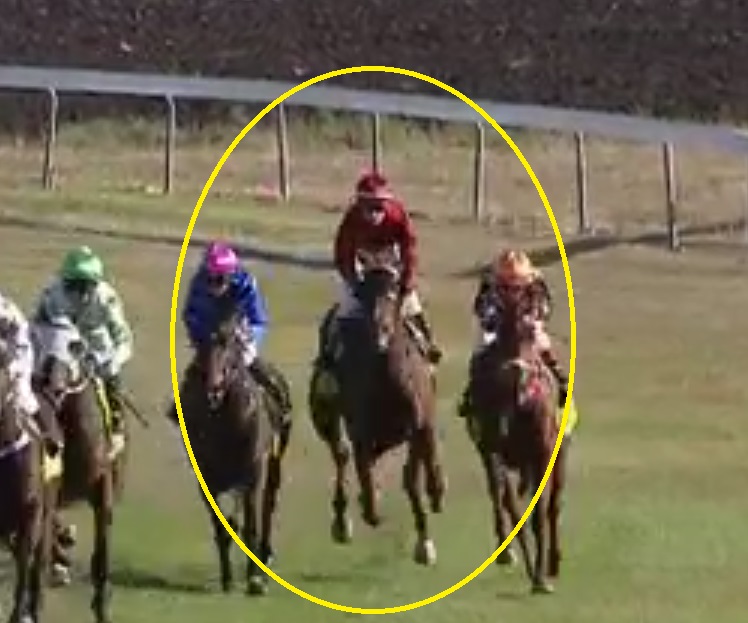 I don’t know much about the apprentice Shannyn Stephan, other than that as first glance I’d have to say that unless she can correct her riding style, I very much doubt that she has a glittering future ahead in the saddle, and hope that she’s studying at Uni or TAFE part-time.

The kid reported to the Stewards that she lost control of her mount Miss Pixie in the first race at Dalby yesterday, and it’s no real surprise. She rides so low in the stirrups that she’s almost standing upright, and watching her is like looking at the grainy footage of one of those real old horse races where all the jocks rode with their backs straight and bounced up and down in the saddle like pogo sticks.

Things have changed a lot in 150 years, and even more so in the near half-decade since Gavan Duffy had his infamous run in with VRC Chief Steward Pat Lalor about the length his irons, and these days jockeys just can’t be competitive if they ride too long.

They can’t ride safely and efficiently either, as young Stephan’s self-proclaimed problems in race one demonstrate, and her later inability to handle Our Spider properly in the fifth race confirm.

The real question is what the hell are Racing Queensland’s training department doing by not correcting the young apprentice, and helping to address her antiquated and totally uncompetitive style? It’s their job to help these kids learn and improve, and in this case they are failing miserably, as Stephan’s season record of 1 from 41 clearly shows.

This is not fair to the kid, and its not fair the connections who put her on. It’s also a safety risk, to the apprentice and to other.

I know its a long way to the bush and the planes aren’t flying, but come on RQ training department, get in your cars and drive out to give these young riders a hand. 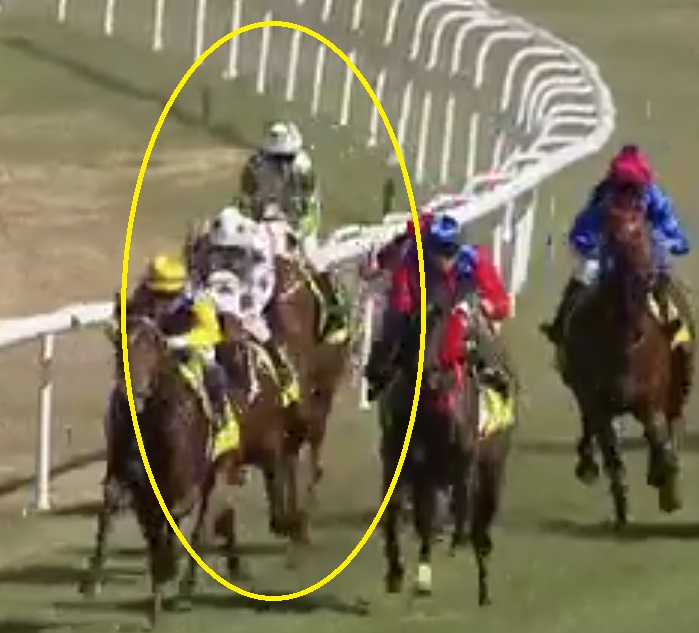