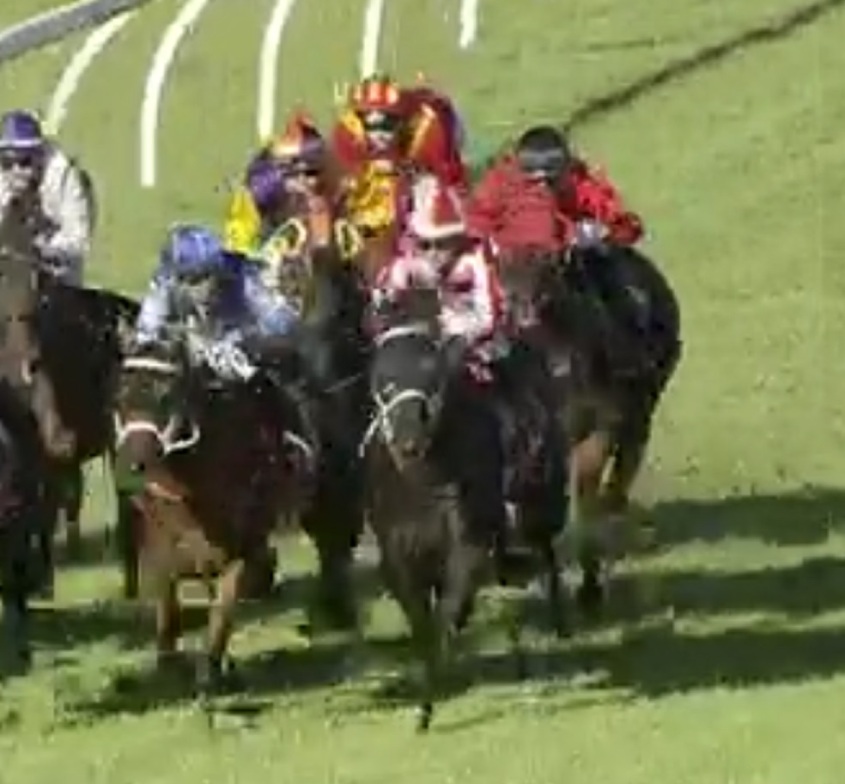 Les ‘Bubba’ Tilley is in the red, with the black cap.

He has the line and the position.

He has neither the position nor the line, but he wants them.

So he steers sideways and gives Bubba the big el-bo, get out of my way.

He says F.U. Baylee, and gives him one back. 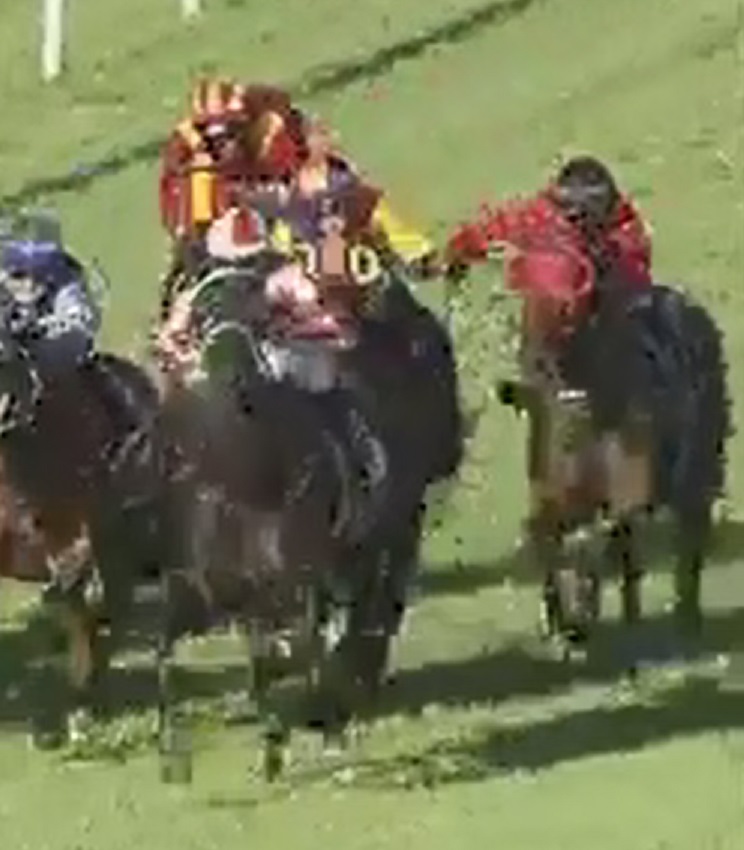 Nothdurft’s not the first second-year city Apprentice in history to be leading the Open Jockey’s race for nothing though.

He’s ready for Bubba’s move, parries, and they cross swords. 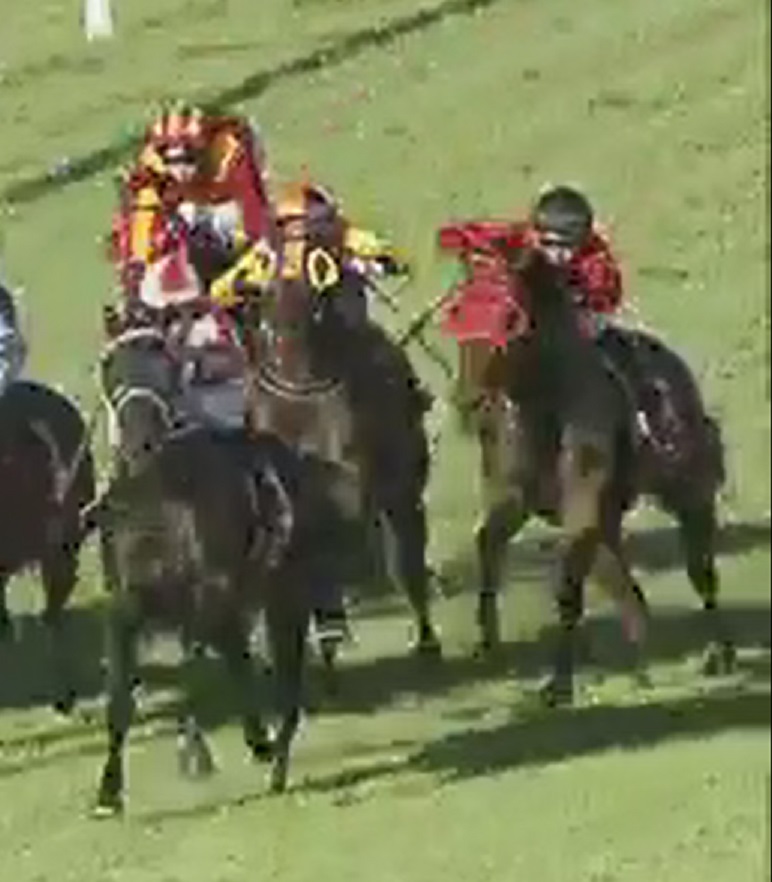 Bubba’s been done, and he gets the shits.

So he decides to fight dirty, and ride his mount in on Nothdurft’s.

Jimmy Orman has been sitting softly out the back stalking, waiting for the gap that he can split his mount through and sizzle over the top of them.

So much for that.

Baylee and Bubba give him the Malachi crunch, and if Jimmy wasn’t such a brilliant athlete with incredibly fast reflexes, he would have gone head first into the turf for sure.

The gun jockey who has had more than 5000 rides and won 581 races doesn’t though.

The young apprentice from the bush has only been riding for a year. In that short time she’s had 285 rides and won 36 races, but most were at places like Roma and Mitchell, and Nanango and Gladstone.

She goes good, and has recently stepped up the next rung of a young rider’s career ladder by winning races at Toowoomba, Warwick and Dalby, but at this early stage of her career, Kennedy’s no Orman.

She’s no Bubba Tilley or Baylee Nothdurft yet either.

Nothdurft at just 21 is the best jockey in Queensland, and in no time at all has, through sheer brilliance, become the number 1 hoop for the best stable in the State.

Tilley is a length and a half off him, but that only puts him a half length off the second best jockey in Queensland. He’s a rough, tough, real hungry journeyman who asks for no quarter and gives none, and makes a very handsome living from it.

These are two young men at the top of their game, and like all top sportspeople, they are super-mad competitive types. Both want to be the big lion in the pride. Most blokes do, and those who don’t are either soft cocks or poofs.

Most blokes temper their primal man-drive with a concern for others too. That’s because it’s the right thing to do.

Bubba and Baylee didn’t today, and it is to their shared disgrace.

They got their blood up, they forgot about everyone else in the world and on the track, and they went mano el mano, with no care at all for the consequences of their actions.

It could have turned out bad, real bad, and for what?

They should have just gone out the back of the jockeys room and seen who could piss highest on the wall.

Take a real good look at yourselves in the mirror boys.

And then imagine that the good kid staring back at you just sentenced another good kid named Minonette Kennedy to life in a wheelchair.

Don’t ever do it again.