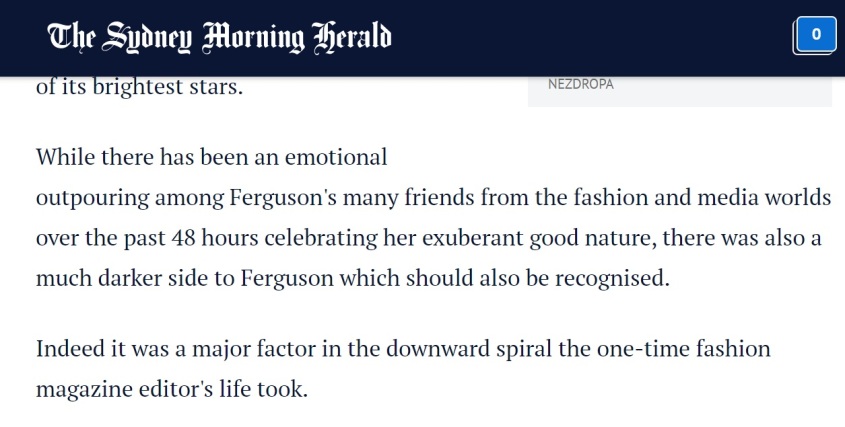 Andrew Hornery is a piece of shit who pens the gossip column for the Sydney Morning Herald.

I don’t need to say much more do I?

In today’s edition of Sydney’s so-called honourable paper, this prick comes out and calls a woman who died a couple of days ago a whore.

He then goes on to all but say that the former models and celebrities Charlotte Dawson and Annalise Braakensiek – both of whom killed themselves in massive fits of depression – prostituted themselves too.

There’s only one whore here.

And it ain’t the dead girls.