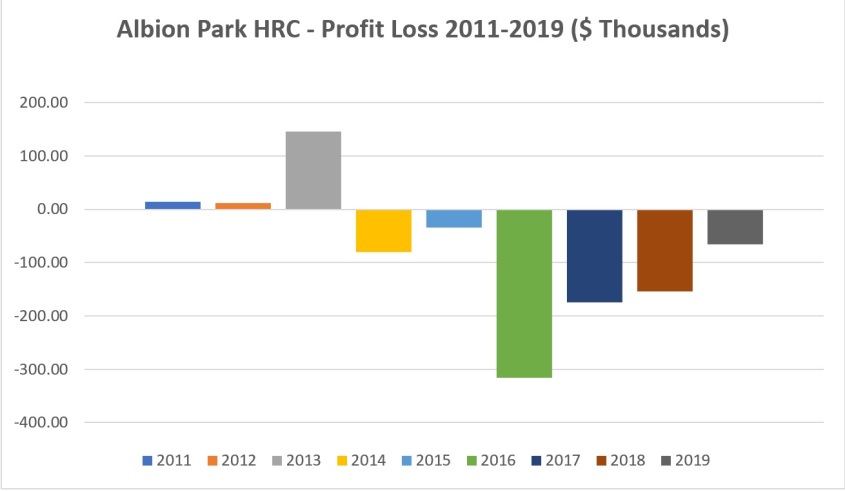 This is the profit/loss picture of the Albion Park Harness Racing Club, according to the figures published in the club’s annual reports between 2011 and 2019.

David Fowler became the Chairman of the club’s board in the 2014/2015 season.

His leadership has hardly been inspiring, as the picture shows.

If this was a publicly listed company, the share holders would have revolted and Fowler would have been sent down the road.

Albion Park is not listed on the ASX, but it’s a business nevertheless, and the shareholders are the club’s members, the State Government bodies like Racing Queensland that feed the club cash, punters who bet on the trots, and the general public across the State.

It’s time we all revolted, for the financial results of Albion Park are revolting.

If the people of Queensland are happy to prop up unprofitable businesses, then I know a number of retailers, hoteliers and tourism providers in Far North Queensland who, thanks to the Coronavirus, at the moment could do with the help. There businesses are all victims of circumstances beyond their own control.

Albion Park is a victim of it’s own leaders incompetence.

This situation can’t be allowed to continue.

The trots needs to pull its socks up, and people need to be sacked.

Don’t you worry about that.